Did you know McPherson’s enthusiasm for basketball dates back to the early 1930s?

During the team’s short two-year existence, the Globe Refiners won second place in the 1935 AAU championship game followed by first place in 1936. They went on to represent the United States at the 1936 Olympic Games in Berlin, Germany – the first year basketball was an official medal sport. Team USA advanced skillfully through the Olympic tournament while playing on outdoor clay courts. The championship game against Canada was played during a rainstorm in temperatures ranging in the low 50s. Despite the muddy court, Team USA prevailed with a final score of 19-8 and earned the first-ever gold medal in their sport.

Tallest Team in the World

But here in McPherson, we attribute the Globe Refiners Olympic victory for the beginning of long-time basketball traditions in McPherson. Their story and related artifacts are on permanent display at the McPherson Museum. Located in the Downtown District is a mural commemorating the team’s athletic accomplishments. And their home court remains in the newly renovated McPherson Community Building. 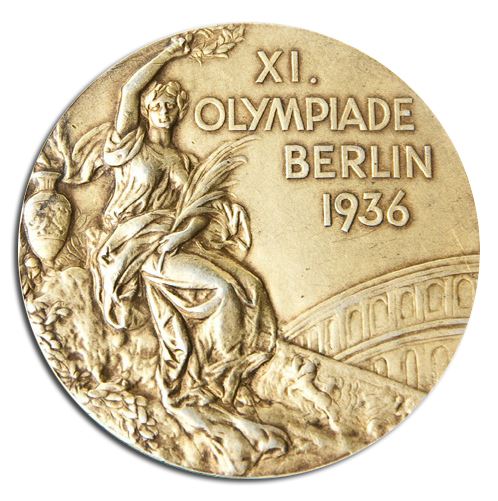 "We attribute the Globe Refiners Olympic victory for the beginning of long-time basketball traditions in McPherson."