In the midst of the Great Depression, a basketball team from McPherson crossed the Atlantic Ocean on a ship to participate in the 1936 Olympic Games. Sponsored by the McPherson Globe Oil and Refinery, the Globe Refiners joined the Hollywood Universal team to establish the roster for the first-ever USA Olympic basketball team. McPherson team members included Joe Fortenberry, Tax Gibbons, Francis Johnson, Jack Ragland, Willard Smith and Bill Wheatley.

Team USA advanced skillfully through the Olympic tournament while playing on outdoor clay courts. The championship game against Canada was played during a rainstorm in temperatures ranging in the low 50s. Despite the muddy court, team USA prevailed with a final score of 19-8 earning the first-ever gold medal in their sport. The top scorer was Fortenberry with eight points.

Under the guidance of former Wichita (State) University coach Gene Johnson, the Globe Refiners broke ground innovating techniques including the full-court press, fast break and the slam dunk. Billed the "Tallest Team in the World" thanks to players Fortenberry 6-8 and Schmidt 6-9, the Globe Refiners began an appreciation for basketball in McPherson that carries on today. 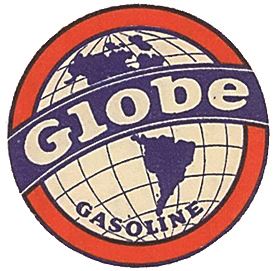